The MacGyver of the Kenai 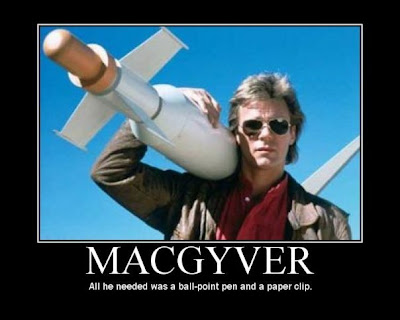 You're 10 miles out on an icy late season ride when the sidewall on your tire blows out making an inch and a half bubble of innertube rubber balloon out for the next sharp stick to poke: no worries, a paper clip and a ballpoint can get you home.
My riding buddy Justin, more recently aka the MacGyver of the Kenai, had more than the aforementioned materials in his breakdown bag thank god, but that was more or less my situation on Saturday.
Justin and I were planning on heading up to Swan Lake for what looks to be the last mountain ride of the season.
The trail in freeze thaw mode as low as 1,000' with lots of gooey mud, and ice in all the puddles; but the sun was out and the riding was nice. 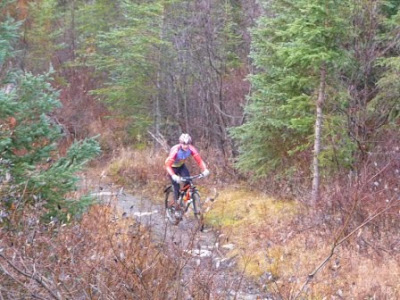 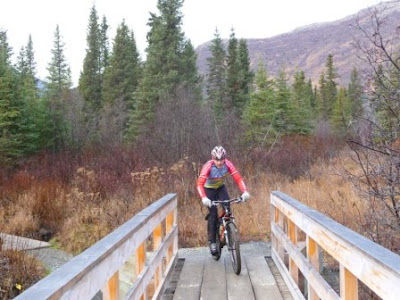 Justin rolls across the bridge above Juneau Falls. 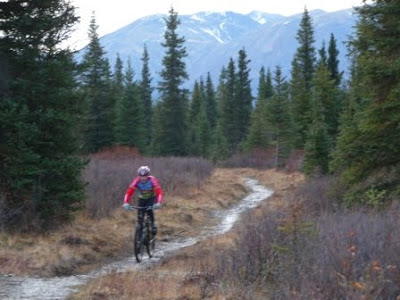 Approaching the spur to Trout Lake. 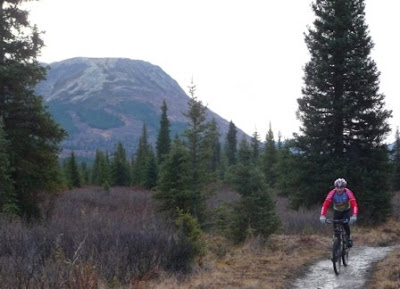 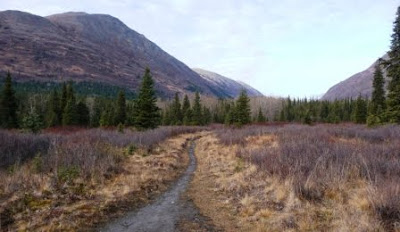 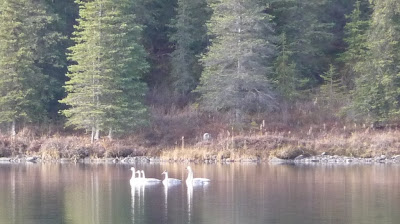 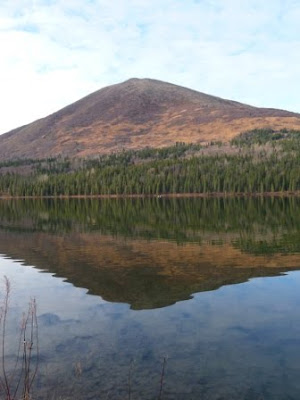 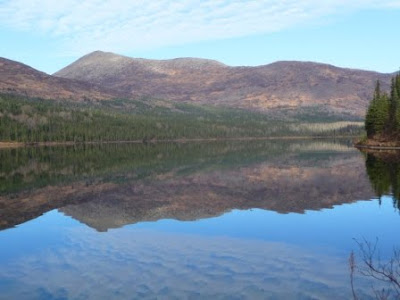 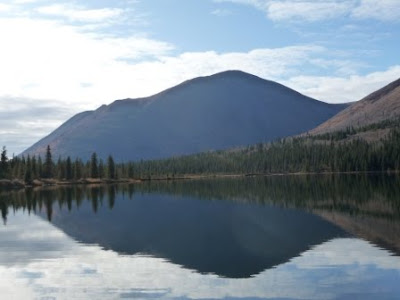 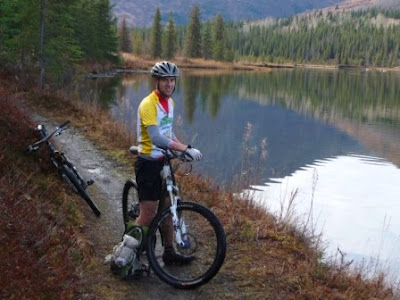 We were enjoying the warm sun on our backs, views across Juneau Lake and the bugling of the swans on the other side when Justin commented that this was one of the nicer rides he had ever been on and that it was great nothing had gone wrong.
I joked he'd probably just cursed us.
We rolled not 20 feet from where we'd been stopped and BAM!
I thought someone was shooting at me or I'd somehow run over and set off an unspent bullet.
The metallic thunk from my rear wheel told me otherwise.
The sidewall on my Kenda Nevegal, which came stock on the Trance and has otherwise been a solid rear tire, has just blown out. The sidewall tore right off the bead at the seam.
It appears it was defective, there were no signs of puncture marks and the trails here don't have much in the way of jagged rocks to shred sidewalls.
Anyway, regardless of the cause, I had a major problem. With such a big hole, the new tube would balloon out the gaping hole and it wouldn't take long before a stick or something would pop it too.
Had I been on my own I would have probably used the old tube to make a few layers of protection around the exposed tube and hope the hole didn't expand even more. If that didn't work, which it wouldn't have for 10 miles, I'd be hiking.
Justin carries everything you can imagine expcept a spare tire though, so we did better.
With a half hour of rigging, we wired a tire lever over the tear to keep it from expanding more and taped it all up with body tape to keep the bubble in and safe. 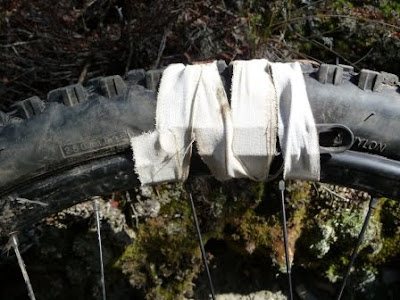 That got me about 5 miles limping along before the wire eventually began to unravel letting loose the lever and the hole further expanded. 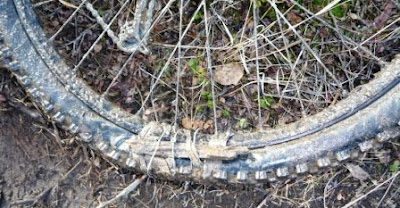 We added more wire and replaced the lost lever with a rotten stick. 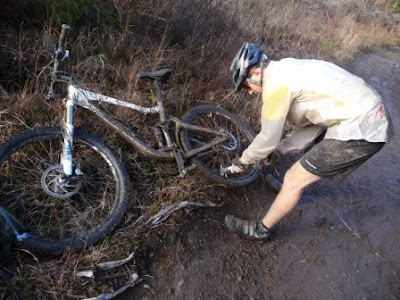 There was a lot more stop and go through the last five miles as we cinched the wire more and tried different shaped sticks, but the whole system made it to about 500 feet from the trail head, pretty damn good.
While it wasn't the most ideal way to end the season, it was ultimately better than hiking. I'll have plenty of time to do that business in the coming weeks I imagine. 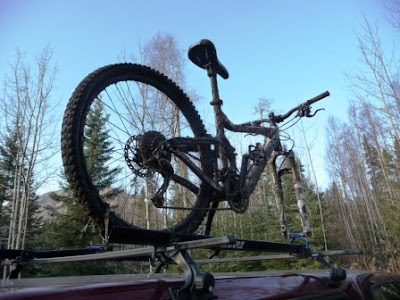 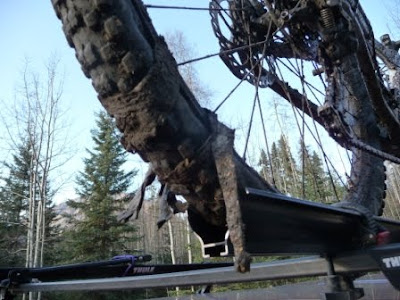 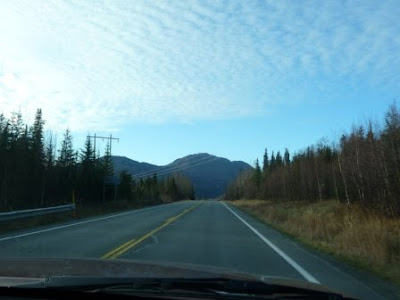 Nice job on the tire bracing. I doubt this would have worked in your case, but I've found that folded paper money works very well as a boot for ripped road tires. In fact, I think Steve Godlewski still has a $5 bill of mine in his front wheel from over the summer!