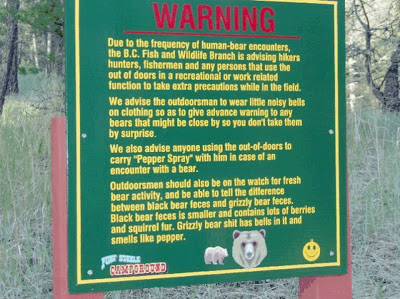 A friend sent me this picture. Click to enlarge.

Aww, no reason to get all concerned about that runner's safety. Didn't you notice the little noisy bells he was wearing?