The gear that gets me here; Giant Trance X 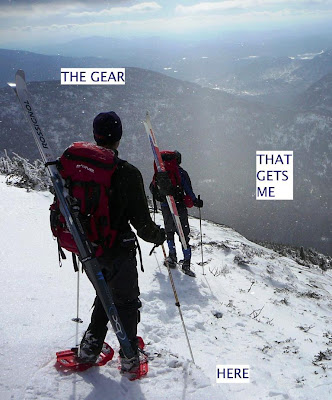 Earlier this year I watched my former two wheeled stead, a 2004 Marin East Peak, bite the dust outside of Grand Junction Colorado.
The Marin had a hellish life, and despite my many criticisms, it saw far more abuse than most riders would even dream of putting their bikes through. 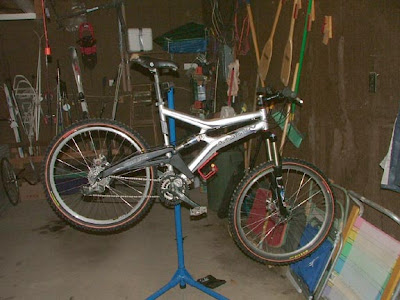 The Marin (Mari) seen in the summer of '06, looked much the same as it did at the beginning of the '09 season.
When the down tube cracked on the Holy Cross Trail, the only original components left on the bike were the handlebars, stem, seat post, and main frame.
Even the swing arm, the back part of the full suspension frame, was replaced.
I bought that bike at least three times in five years.
It’s time had long since come and gone and I had planned to start scoping out deals on new bikes right about now.
Instead, I had to do that a little earlier than planned, and probably to my own benefit.
The ’09 Giant Trance X2 I picked up on Grand J has, after one season, proved to be a worthy purchase. 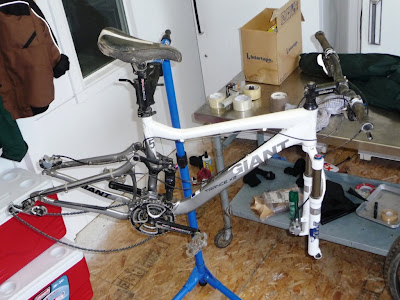 The Trance, seen a week ago before it was stowed away inside for the season.
I was very skeptical of the Trance at first.
When I was buying the Marin several years ago I was also test rode the Trance X’s grandfather, the Giant VT2.
I disliked the VT2’s complex linkage system and saw it quickly succumbing to the rocky, rooty, muddy riding of central Vermont. 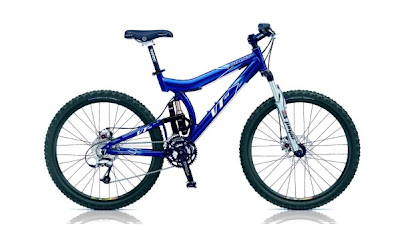 Giant VT2
I took the bike for a ride up the fire road to Silver Lake.
While it climbed better than most full suspension bikes would have then, it still felt sluggish, and was twitchy on the descent.
Compared to the Marin’s, simple, sleek yet efficient “quad-link” suspension system, and power focused drawn out rider position, the choice was obvious.
The following year Giant unveiled the first line of Trance’s, but paid little attention to the Trance line.
Earlier this year however, two of my riding buddies from Middlebury, Andrew and Ashar both picked up Trance X’s, and I had noticed more of them on trails in Saratoga.
When it came time to make a purchase, they’d all done a lot of the research for me and spoke highly of the bike.
The Trance, and its relatives that feature the “Maestro” suspension system, have also received rave reviews year after year from several bike periodicals.
I don’t always put much stock in these corporate reviews as there’s a lot of pressure to appease corporate marketing dollars spilling from between the lines.
All the same, repetitive high reviews and an unchanging product design all say the bike as something good going for it.
Another huge selling point was Giant’s life time warranty on the frame.
One of the biggest downfalls of the Marin was its penny thin rear dropouts. The dropouts became so thin on my original swing arm that after two seasons I had to replace the whole arm.
When I called Marin and asked for a replacement, the rep fought me tooth and nail, and wanted me to pay full retail price for the arm.
He grudgingly relented, and charged me whole sale price when I accused him and Marin of not standing behind their product.
I still paid more than I should have.
More, he still refused to ship directly to me, and my understanding was that that same rep got in a verbal fight with the mechanic at the shop I went through afterwards.
The shop, by the way, dropped their Marin line, no surprise.
After an experience like that, I came to appreciate the value of a bike company that’s willing to stand behind their product when they’ve done a poor design or construction job.
So obviously, I bought the bike, and after all this gab, I still haven’t said how it rides, yikes.
OK, well the upright position and steep head tube of the Trance took some getting used to.
I was originally tempted to buy a size up or put a longer stem on, but on the advice of the owner of the shop I purchased it from, I hung in there and rode it out.
Well worth it.
You absolutely have to get back in the cockpit on this bike when coming through whippy corners and steep descents, and it is definitely twitchy at the helm.
Experienced riders won’t take long to get used to this, nor learn its values. The twitchiness means that paired with the right treads, this bike will maneuver through anything with the agility and speed of a fighter jet.
The suspension is beautiful on climbs but velvety smooth on descents.
I often refer to it as a butt sled on the way down. Just stick your rear end out, grip the saddle with your thighs and point where you want to go, it’s as fun as easy as sledding was as a kid.
That same steep head tube angle pays dividends on switch backed climbs, where the bike rolls around hard steep corners like a sure footed pack horse.
It’s a very comfortable rig to spend hours on too, a big plus given that the only type of riding here.
I’ve also become a big fan of the 15mm quick release axle.
I know there will still be riders out there who may not believe it, but the beefy through axle is absolutely stiffer than a regular quick release, and you know it when you’re tearing through a technical section.
If you’re going to have a bike with so much snap in its figurative neck, you might as well equip it with ankles that won’t flex under pressure.
I have picked out a few downfalls.
Overall the X2’s component package is solid and I have no complaints.
I’m still not a big fan of Shimano drive trains and will eventually replace the current one with Sram, but that’s still somewhere down the trail.
The wheels leave a lot to be desired though. 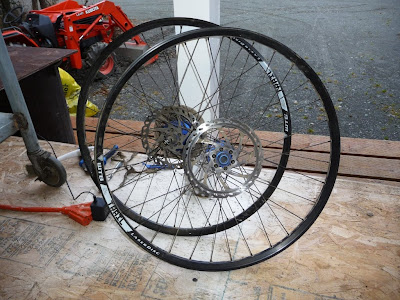 The pair of WTB Laser Disc Trails that came stock on my Trance.
The WTB Laser Disc Trails are perhaps one of the worst WTB products I’ve ever had the displeasure of dealing with.
WTB, which I’ve generally found to be a solid company, tried to reinvent the wheel here. The rims feature a groove meant to seat the bead of the tire for a more secure fit. In theory this is a good idea as it means less energy is lost to flex between the rim and the tire, but in reality, it just make life a bitch, pardon my language. 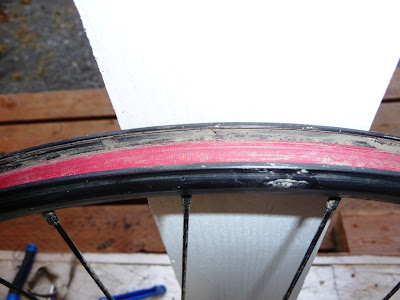 The grooves in question are visible by contrast of a thin layer of dust seated on the inside of the rim. The dust on the outside of the rim gives the wheel the look that it might be damaged but it assuredly isn't.
It’s impossibly tough to get a tire to seat correctly on the rim. I only managed to get my front tire, a Specialized Capitan, on after numerous efforts. My rear tire, a Kenda Nevegal, was never seated correctly, and that may have played a role in its ultimate destruction. When seated correctly, the tires were equally hard to get off the rims.
Not only is all of this a pain in the butt when doing maintenance or changing tires in the comfort of your garage or shop, it’s the lead in to bad news on the trail.
When I blow a flat I don’t want to spend a half an hour feeding the bugs or baiting bears because my tire takes 10 minutes just to pop off and another 18 (minus a few minutes to change the tube and inflate) to get back on correctly.
I think Ashar proposed the best solution for dealing with the wheels in an email he sent recently: “I recommend letting most of the air out of the tire, and then hucking off an 8’ deck onto flat ground. Once you get the folded rim off the frame and throw it into the river, you can spend the winter leisurely shopping for a replacement deal.”
The only other major mechanical I had with the components was a dead bottom bracket at the end of the season.
I’m not sure if riding conditions are to blame or not. It wasn’t particularly wet, though it’s still Alaska and mud and water are part of every ride. I may try and get this replaced but I won’t cry a river if I have to buy a new one. 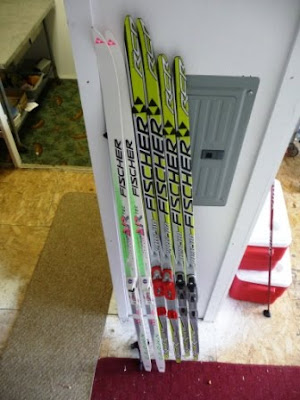 While I spent the last weekend putting some gear away, my skis are out and ready for the snow to fly.
Posted by Dante at 10:07 PM